THE BIG DREAM OF PASSOVER 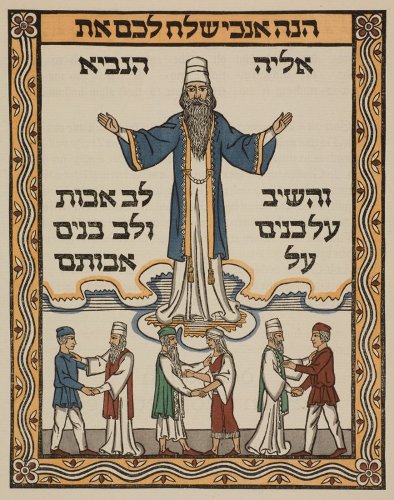 Every year for the past 2000 years, Jews all over the world celebrated Passover by gathering for a ceremonial meal. We tell our children the story of how we were slaves in Egypt. Why would a group of people remember their trauma in this way? Most people would prefer not to remember a past like that. We can see in our own American experience how the memory of slavery can itself be traumatizing, to have been a slave or have ancestors who were slaves brings for many reactions of shame. It raises uncomfortable questions such as, why did our ancestors allow themselves to be enslaved? Why did we not resist or have the courage to die rather than submit to slavery?

The truth is, slavery is what we in natural dreamwork call conditioning. And we are all enslaved by our conditioning, we often lose the battle, every day in fact, and we often live doing what our conditioning tells us to do, in the iron grip of our reactions, of guilt, shame, reactive rage, of our lies and delusions.

While the Passover is mandated in the Torah— the actual instructions are sparse: to eat a meal, to tell the tale to the children so they will know what the Lord did for us in Egypt. The actual Passover ceremony as we know it is of rabbinic origin and specifically is a response to the greatest trauma in Jewish history which was the destruction of the second Temple by the Romans in 70CE, and the subsequent exile of the Jewish people from their homeland. An exile that lasted for 2000 years. 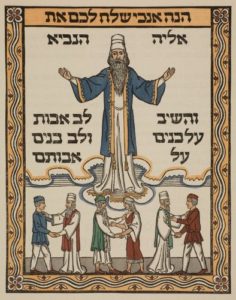 So here is what seems another puzzle: in response to the greatest trauma in Jewish history, the complete destruction of the Temple, the loss of the sacrificial worship on that holy site, really the sense of a complete withdrawal or absence of the divine — why would the rabbis create an elaborate ceremony to recall another trauma, that of slavery in Egypt?

The simple answer is that to tell the tale of redemption, how God with “a mighty arm and outstretched hand” freed the Hebrew slaves from Egypt — it’s necessary first to tell of the bitterness and tears of slavery. And in the ceremonial meal there is a shamanic ritual, in which bitter herbs and salt water are eaten — to reinforce the teaching — Jews literally ingest their bitter sad story, taste it with their tongues.

But there is a deeper pattern here that has to do with the pattern of cycling through trauma that we do in the dreamwork. The cyclical nature of the healing process in which trauma is re-experienced — tasted again — in order to once again be released or redeemed,

History repeats itself. Trauma repeats itself again and again. The deepest understanding of this problem came from Rabbi Isaac Luria (often known as the Ari or Lion), a 16th century kabbalist who lived in S’fad in northern Israel. The Ari explains that beneath the linear flow of time as we experience it in the horizontal, is a deeper pattern of three phases of reality. These were called tzimtzum, shevirat ha kelim, and tikkun. Tztimtzum is a contraction. It is the experience of absence of God— the ‘withdrawal” or contraction of the divine. The shevirat ha kelim is the shattering of the vessels — the sense of utter destruction which appears again and again in history. The Jewish examples of “shattering” include Moses breaking the first tablets of the law, the broken walls of the Temple, and more generally the Inquisition, the exile from Spain, and the Holocaust. History is full of examples of shattering.

This same shattering rips through our personal life history: the end of relationships, divorce, break up of families, death, loss of a beloved, loss of a child, loss of a job or a career. These can all be experienced as utterly shattering moments. Luria’s insight is that all shattering has a deep poetic root. Every instance of shattering reflects one eternal moment of shattering that was present before the beginning — a shattering built into creation and one that will be present until the final repair.

This repair, the tikkun olam, the healing of the world is the third phase of reality. In the Passover story, all three phases of Luria’s mythos can be found. The shattering is in the experience is slavery itself, the tzimtzum is the utter hopelessness of having been abandoned by God in the darkness of slavery — and the tikkun is the redemption of the slaves, and the liberation from Egypt.

One point about trauma is essential here — it is what Luria calls the tzimtzum. What makes trauma trauma rather than simply pain or suffering — is this element of utter despair and the feeling of the absence of God in that moment. It is at this deep place of despair that we are moved to great bitterness, to follow the advice given to Job, “Curse God and die.”

The tzimtzum according to the Hasidim was experienced at the personal level as psychological despair. But we can also understand the absence of the divine as producing a trauma reaction — it is experienced as dissociation in all its many forms: amnesia, numbness, confusion, shock, leaving the body.

This layer of reaction makes it exceedingly difficult to heal the trauma. It is necessary to pierce this layer in some way in order to re-experience the underlying pain and terror that it covers over. And here we begin to understand the beauty of what the rabbis were doing — or trying to do — with the Seder. Celebrants were literally ingesting the story — taking it in by mouth, chewing it, swallowing it — in order to get below the layer of trauma reaction to the trauma itself. For without touching down to the pain and terror of the trauma, they could not experience the third phase of healing or redemption (tikkun).

The eating of ritual foods reenacts the hidden feelings. It is like tasting a feeling you have long repressed. We dip parsley in salt water an we are tasting all the tears we have failed to shed. We eat the bitter herb and we remember the bitterness, the loss and the pain. We taste it on our tongues. 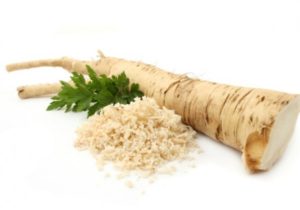 In my view the culmination of redemption is the arrival of Elijah. This mysterious figure who in the Torah is taken whole body up into heaven, is immortal in the sense that he never physically died. He represents a male archetype, because such archetypes also never die.

Elijah is a healing figure. He heals the pain between parent and child, and brings the promise of ultimate redemption. Invoking his presence at the Seder means imagining an archetypal moment of encounter with a reality that is outside of history. As Elijah enters the room, it is the emergence of the timeless within time, the encounter with the archetypal that is usually experienced only in dreams. To share such a moment with family and friends is profoundly healig.

All three phases of reality that Luria describes are in the Seder: the layer of amnesia or forgetting which is the ordinary state of mind of traumatized people — and this represents simultaneously the absence of the divine — for people who are numb and disconnected really can’t feel the presence of God or the connection to God and their souls. So this is the tzimtzum.

The three fold experience of absence, shattering and healing, is explicitly cyclical. At the end of the Seder we say Next Year in Jerusalem. That is next year perhaps we will finally be redeemed. But the truth is we also suspect and know that the cycle will repeat itself: the amnesia, the memory of pain and the redemption, over and over again, year after year, until….

Rodger Kamenetz will be giving a talk on Dreams & The Poetic Image at the C.G. Jung Center in Evanston on Friday May 5, 2017