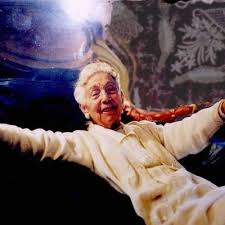 Thursday January 28  at 7pm on Facebook Live I will be reading this poem from Dream Logic in honor of Mme Colette Aboulker-Muscat   I just learned January 28 is also the anniversary of her birth. Are there really any coincidences?

This poem  illustrates what I mean by “Dream Logic”.  The prose poem can be formless or shapeless, but I feel a true prose poem obeys the hidden rules of dream logic– the logic of thinking in images, and of moving along the line of feelings. The form of the poem– a prose paragraph– evokes the waking mind’s  quest for clarity and logic, in that sense the paragraph is a form like a clear window with square boundaries. The poem within the form deliberately cuts against that waking life logic and moves along the lines of imagery. The ego desires a fixed identity, and tells stories to keep that identity solid.  But the imagination has no fixed identity, and deliberately subverts the logic of the ego.

Too Many Questions is dedicated to Madame Colette Aboulker-Muscatt who I wrote about in The History of Last Night’s Dream.  She often noted that when people were caught up in their waking life logic, they would be asking “too many questions”– but they could remedy this by centering themselves on the spontaneous images of the imagination.She taught a method of working with images that she had learned both from the “kitchen kabbalah” of her maternal ancestors in Spain as well as from the teachings of Robert Desoille who taught “directed waking dream” practices. ,. In one of her exercises — she asked us to close our eyes and visualize picking up a dead leaf, holding it to your heart and seeing it come to life.  This is exactly what we do in Natural Dreamwork, we bring the dream to life.

In the poem I play about with that idea, but it is true as Colette always taught that images are very powerful, “Images are sovereign in the mind” and therefore “to choose  one’s freedom is to choose one’s images.”

I will be reading from Dream Logic this Thursday January 28 at 7pm ET on Facebook Live.   Please come if you can. Also click the clink to order your own copy of Dream Logic. 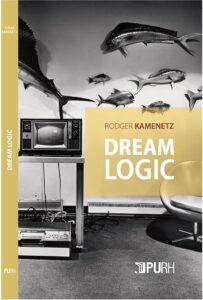